The event had 4 rounds, deathclock and Divide & Conquer (1).

My list pairing for the event was eDenny (Body & Soul tier4) / Goreshade3. 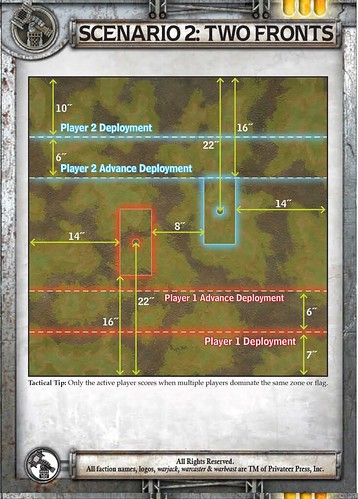 My opponent was Harm Kleijnen and his list was something along the lines of:

Harm is far from an unknown player and I knew it would be an interesting game. Also Cryx vs Cryx is never dull.

I opted to play my eDenny list against him, as eDenny is pretty decent against Cryx. I decided I would have Nightmare select Deathjack as its prey and I also used my tier4 bonus to put pursuit on him.

He had the withershadow combine in his list so putting 3 upkeeps out and risking 9 damage as a result of disbinding wasn’t a good plan. Putting one upkeep on a piece that you normally like to move around was a solid move in my book, as I hoped it would affect his deployment.

Both the withershadow and Deathjack ended up on the right side of the board and this made it so that I could put upkeeps out on the left side without having to fear them being removed.

The game was one big attrition grind on both sides, in the end I was up on attrition by more than a bit, but my clock ran out giving him the win. Under normal odds I would have lost nightmare, but fate decided otherwise as Death Jack missed all but one of his attacks and did minimal damage.

In the end it proves that attrition isn’t just a game of killing more than you lose, it’s also meant to occupy your opponent and make the clock count. All in all it was a fun game and time management will forever be my weakness (until I finally manage to fix that flaw ofc)

Harm ended up winning the event. 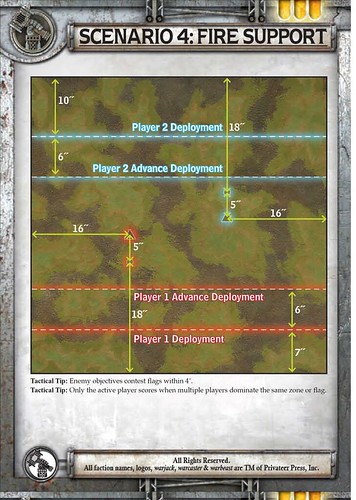 My opponent was Nele, a new warmachine player and she opted to play eHaley.

When I read Nele’s list sheet, I noticed no pHaley and no upkeep removal in the eHaley list, this made me instantly choose my eDenny list.

For my Tier 4 bonus, I opted to put Marked for death on Gorman, Pursuit on the boomhowlers and curse of shadows on the Defender.

Nele played a decent game, however she’s still new to the game and made some mistakes, and I did give a few pointers when she opted for certain abilities etc.

The game ended with a 5-0 on control points, due to 2 turns of killbox and a dominate on the flag. 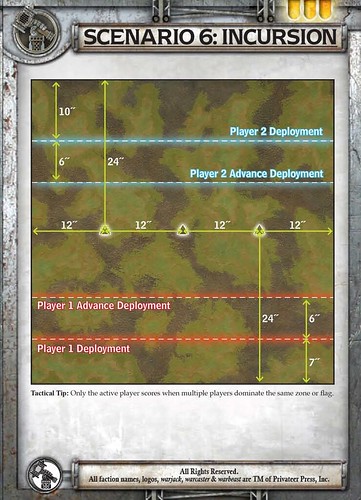 My opponent was Koen Vliegen, I have met the guy in numerous events, but we always seemed to dodge each other when it came to pairings, until now. He plays Retribution, and as a former ret player I do have some insight into their abilities.

His pairing was Issyria / Garryth.

I contemplated my list choice for a bit as the Issyria list seemed like it would be his drop, but then it had no magic weapons and he had plenty in his Garryth list.

I had played my eDenny list 2 times now so I would lock myself into 3shade if I dropped her once more.

I chose to drop 3shade and he opted for Issyria as I predicted.

He won the roll, opted to go first and I chose the side with the wall (because you know).

His list came at me like an avalanche, making Satyxis raiders look slow. Turn1 he was pretty much at my advanced deployment zone.

I had to remove as much as I could, so I loaded up the Kraken and started shooting. The small gun made some shots and the results were not impressive at all. The main gun shot at a ua, missing and the shot drifted 6 to 6, and landed on top of Issyria and Syslyss, one boosted roll later no more syslyss.

The blackbanes ran up and tried to tie up as much of the rifleman and one unit of invictors. Because the Phoenix was the only model with a magic weapon, I could keep up the interference game for a bit.

The soulhunters tried their best to thin out the halbardiers staring them in the face, sadly their efforts didn’t add much.

After the attrition had turned against me I had but one option and that was to look for any viable way to assassinate the other caster, something 3Shade is pretty good at.

At the start of my opponents turn it seemed such an opportunity wouldn’t present itself and my arcnode losing its arcnode the number of available options didn’t exactly grow.

Then it happened, the caster was moved into a position where only 1 model blocked line of sight. An assassination plan was forming.

Issyriah was at 3 focus making her armor 16. There was at least 1 blackbane in range to run up for the feat. Kraken would be able to get los with its 5″ of movement and would be loaded up with full focus and full corpses. 3shade had a decent charge target that would bring him within 8″ of Issyria so he could use siphon bolt.

One problem factor could be Issyria’s ability Arcane Vortex could make things more interesting, but on average it was a sure thing.

I activated the blackbanes to prepare for the feat. 3shade charged the halberdier and boxed it. He then feated and started siphon bolting. The first bolt was directed at the model blocking los. It hit and the model was no more. 3Shade cast Siphon bolt once more hitting Issyria and doing a nice amount of damage, the second bolt hit the target as well leaving the caster on 2 boxes. The 3rd bolt hit and I decided to boost damage, just because.

Now the other player forgot about the arcane vortex, so I decided to do some calculation on how it would have affected my plan.

From the start 3shade had 1 goal, attempt to free up the Line of sight and remove the focus on the caster so the damage output on the Kraken’s shots goes up.

If the ability had been triggered it would have triggered for a max amount of 3 times as there was only 3 focus on the caster. With 3Shades focus pool even without siphoning this would have been possible. The Kraken would get a minimum of 3 shots (d3+1 means 2 minimum). And on average it would have been 4 shots.

If we assume the lowest number of shots will be available, then we can shoot at the model blocking los using the first pow 12, we boost for damage and this would remove it with all but the lowest rolls. Then the remaining shots on the small gun would be damaging at roll -1. Any damage done here is good as the main gun would be damaging at roll +4. This actually means that a shot from the main gun with a boosted damage roll needs to roll 1 more than average in order to one shot the caster.

Of course rolling a double one to hit is possible, rolling more is also possible. When rolling the to hits on the siphon bolts, the double 1’s were also possible, however they didn’t happen and it resulted in a clean kill.

This battle is solid proof that even if a battle is moving towards sure defeat, an opponent can still make a move that opens up a path to victory. 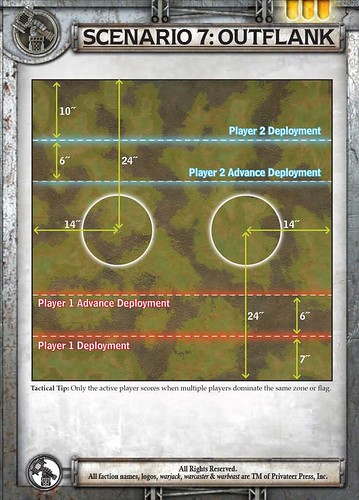 For the last round of the day I got to play Niels de Vlieger, a player from my local meta. In all honesty I did way better than I would have expected facing his Legion list.

I chose to deploy my eDenny list and he chose eVayl.

From the start he was picking off models left and right using either hit and run tactics with the angels or ranged attacks with the ravagore. The hex hunters want for one side of the board and the beasts remained central and close to the other zone.

I had deathjack occupy the right zone, for 2 reasons, 1 I didn’t want him to end up taking armor piercing hits and so the opposite table side from the angels seemed more than ok, 2ndly I wanted spell slinging capability without moving eDenny / my arcnode to much to one side of the field.

Through some toughs and the recursion between drudges and mc tralls I was able to keep pushing models into the zone for a while.

I made lots of use of eDenny’s weapon teleporting several lights that came out of the pot in front of DJ and out of the zone. I also managed to land a hellmouth on the pot removing all but 1 of its grunts.

eDenny ended up dominating the right zone while eVayl did the same to the left zone. We both tried to prevent scoring as much as possible and we ended the game at 4-5 in Niel’s advantage, resulting in a loss for me, but it was a good game.

Niels ended up on the 5th place so congrats for that, I ended up on the 11th spot. Which isn’t too shabby, considering 2 of my opponents were well above my current level, and as such winning against them wasn’t impossible, but it would have been a surprise for sure ^^.

I did take home one prize, I was awarded the best painting award, which was a nice reward for all the effort I put into having 2 fully painted lists ready for the event. A special thanks to Christophe because he declined the reward, having won it several times he made a really nice gesture and told the organizer he wanted it to go to someone else.

It was a nice event, we had a ton of fun, but we were happy when it was over 4 round days are hard 😀

The next few weeks I’ll be working on my play, hoping to improve for the next event, which will be on the 25th of April at Black Border Roeselare.

One thought on “Tales from the crypt #13: Tournament report”