In my airbrush post I added a teaser for a custom objective I was creating.

The goal was to create a ruined statue of sorts. Which would fit in with most of my armies. I saw some good builds using the Convergence large wreck marker as a base.

For the best effect I wanted an angelic figure for the statue. At first I experimented with the Clockwork Angels, and they didn’t look bad, they just looked rather tiny on the large base.

Looking for a larger angelic figuring I ended up with Aurora’s model. I had the model unpainted gathering dust for a while. I’m not saying she’s bad or anything don’t get me wrong, but I don’t like playing her so to me this was an unused model.

I’m happy I decided to use Aurora as the result is pretty cool.

I applied the paint on the wreck marker with the airbrush and I also applied the silver to the wings using the airbrush. The other metals and washes were done with a brush.

After painting I added some poison ivy to make it complete. 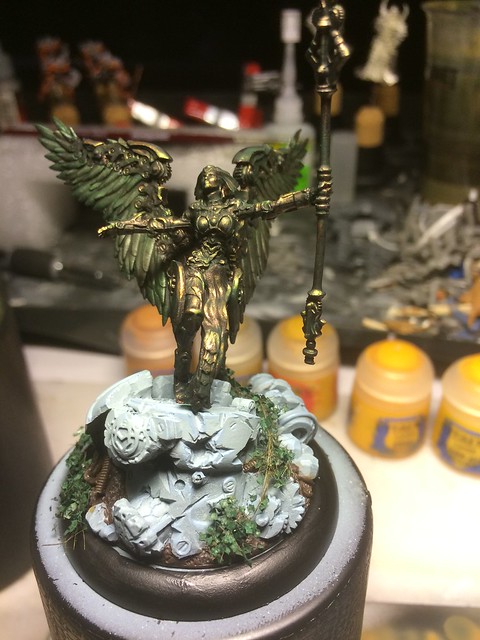 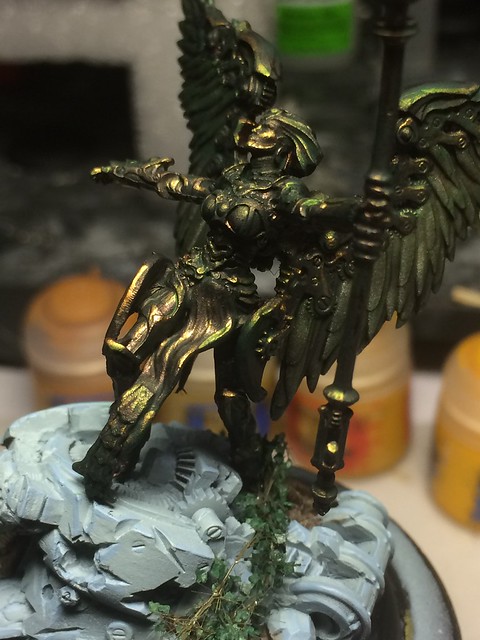 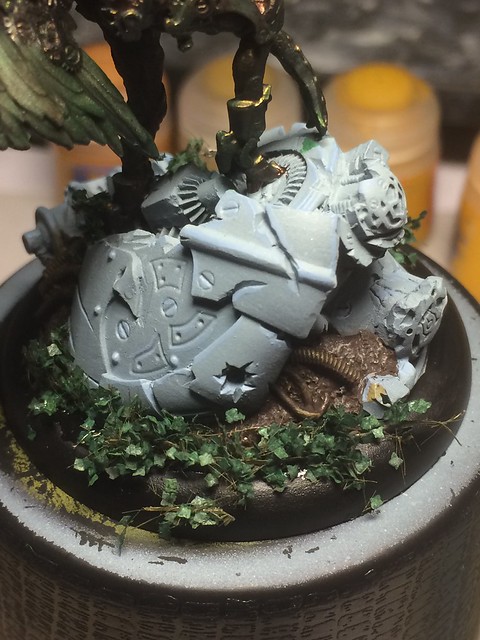