This blog has been a bit silent, not because I’m tired of adding content, that’s for sure.

I’m still an active warmachine player, I’m still practicing with my Khador lists and I’m still having a blast.

“Well then why arn’t we seeing any new posts on newly painted models?” the short answer to that is simpel: Badger makes faulty airbrushes and then acts like a Dick regarding warranty.

In June I bought my first airbrush, a Badger Velocity 2. I started painting with it and boy I was happy, my models started looking better and better. I am a bit of a neat freak when it comes to material such as an airbrush, so I made sure to keep it clean after every use.

I painted a bunch of my Skorne models using the airbrush even did some Cryx, worked on some convergence while testing the airbrush out and was well on my way to get my first 50 points of Khador painted.

Then about a month ago disaster struck, the airbrush just came appart. The welding on the pressure valve came loose, just like that when unscrewing the air tube.

here’s a picture how that looked: 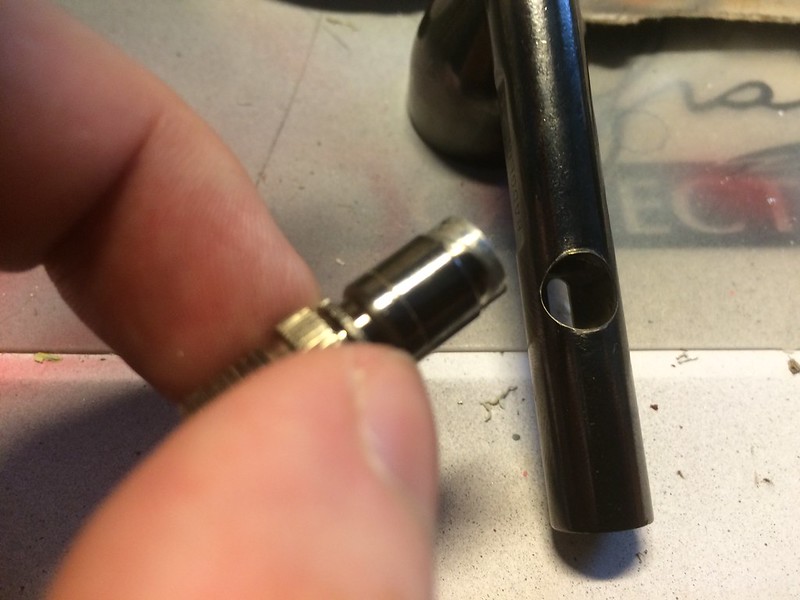 One would consider a part of the airbrush that is made to screw on and off an air tube connection would be built to withstand being screwed on and off…turns out that is wrong.

The second remark was even worst and somehow funny at the same time. They claim I must have put to much force on the airbrus with my hands when unscrewing it.

So the welding on their airbrushes is that poor then?

They also suggested “I may have used tools to unscrew the connection”.

All attempts to not have to replace material which clearly suffers from production errors.

I made a set of photos showing the part that came off to prove no tool marks could be seen and since then they have gone silent for over 2 weeks.

I’m really unhappy with Badger at this point, this isn’t even in the realm of horrible custumer support anymore. It’s a vast new territory of “If we ignore him long enough he’ll go away, we have his money, our goals are met”

When reading the manual for the Airbrush nothing is stated regarding the use of special hoses or that screwing on and off needs to be done in an extremely carefull way to prevent the airbrush from falling appart. Check it for yourself here.

And in the meanwhile my painting desk is stuck in limbo, nothing really progressing at all.

Not that I couldn’t just paint on using brushes like in the days before I had my airbrush, I just don’t want to paint models knowing they’d turn out better if I used an airbrush, I would hate myself each time I look at the finished model afterwards. Plus painting white with a brush…not my favourite thing to be honest.

I can only hope Badger decides to grow a pair and that they step up and take care of this. I didn’t spend that much money on an airbrush to just have it fall appart after less than 6 months.