In the last few weeks a few things have changed/ improved on the airbrush front and as a result I have some more finished models to share.

About 3 weeks ago, I was having a hard time because I required an airbrush to finish the gray tones on my models and I couldn’t paint the other parts before this step was completed.

The way things stood at that point regarding Badger and warranty it felt like I wasn’t going to get a new airbrush, which made me rather unhappy. I turned to the net (facebook groups /twitter) to share my story, and received more feedback than I had expected to be honest.

People shared their own bad experiences and gave tips on which brands / models of airbrush were known to be more reliable and such.

After reading the responses I decided to go for the sure thing and i ordered a new airbrush, an Iwata HP-C. I haven’t had any regret about it since. Great airbrush, great performance and easier to clean / maintain that the badger I had.

Shortly after posting my story on the net, Badger decided they would replace the airbrush after all. (I like to think the internet has an effect, but who knows)

This is positive, as it means they have kept to their claim of replacing broken airbrushes, and it means that if I ever have an issue with my Iwata, I have a spare.

The day I received my Iwata, I started using it instantly, which has resulted in a small painting marathon. The goal was to have as much as possible ready by Clogcon, which is this weekend.

I’m still working on the unit of winterguard and Joe (which I hope to finish tonight), but i already have this picture to share in the meanwhile: 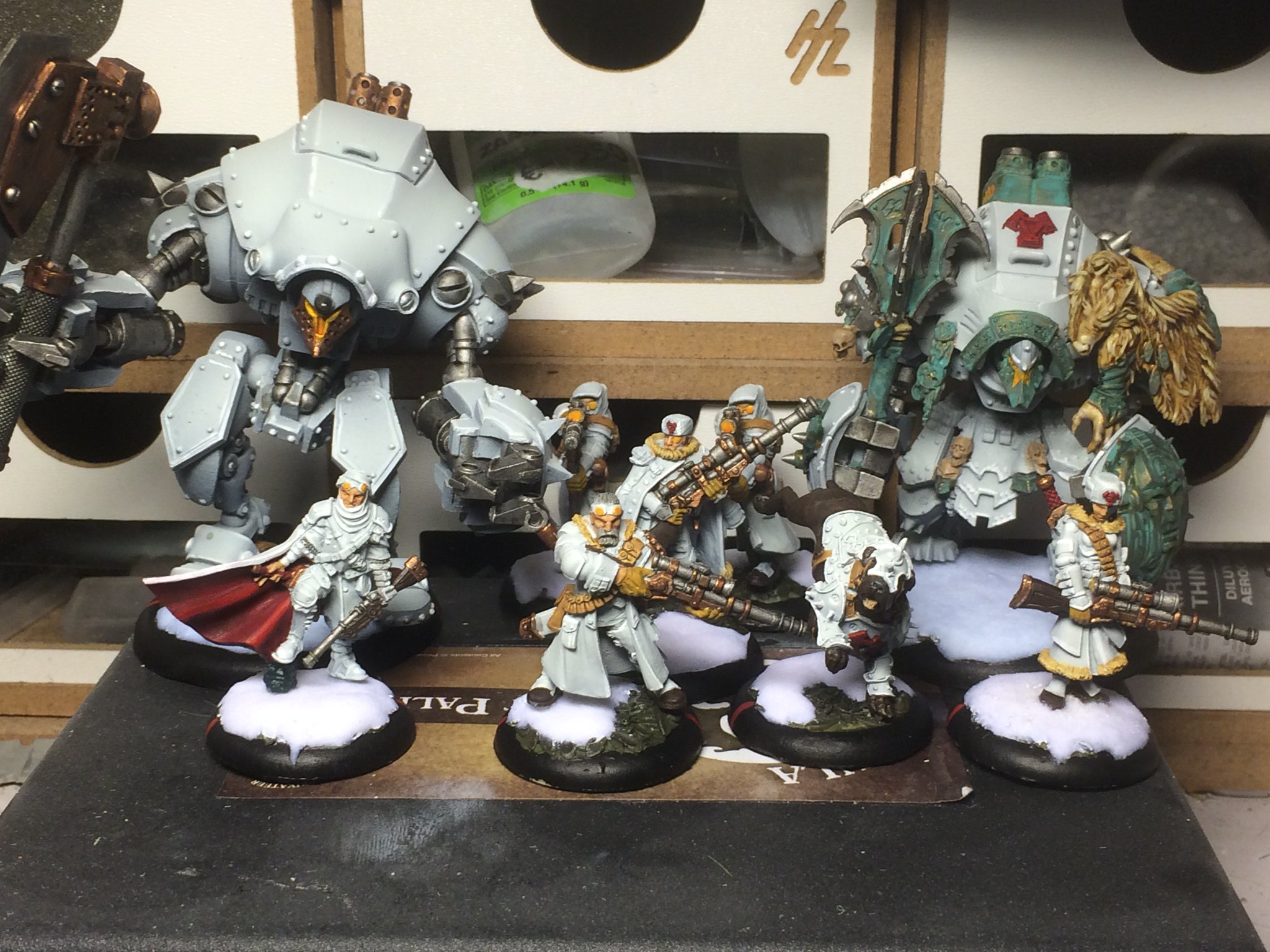